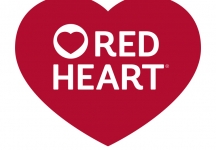 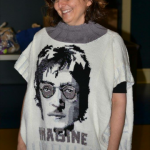 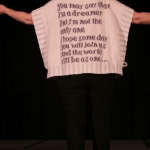 This work was inspired by the terrorist acts around the world during 2015 and 2016. I wanted to put out a message of peace and the lyrics to the song kept dancing around in my head. I translated a color portrait of John Lennon into a black and white graph and added the key words in sequined yarn for added emphasis. I chose black and white to create a sense of starkness in the face of despair, which serves as contrast to the hopeful words that accompany it.